Get A Quick Quote

Is your conservatory too hot in the summer, too cold in the winter?

From that we can tell two things. A lot of people have issues with their conservatories and the two issues are pretty equal. Conservatories are either too hot or too cold. The one thing you can say in their defence is that they are never both at the same time.

Why though? Why is a conservatory too hot in the summer and too cold in the winter? What is the fundamental problem they have and how was this allowed to happen?

The problem is a simple one to explain even if it is a bit more complex to fix. It is fixable – more on that in a bit – but it does require a bit of work.

The problem is the roof.

That thing above your head, the glass or polycarbonate structure. The advantage of these types of conservatory roofs is that you can see through them, the problem is that the rooms are often uninhabitable, making the fact you can see through it somewhat of an irrelevance.

Neither material is suitable for the job. You can apply special tapes which promise to make them better at regulating the temperature, you can put fans and heaters in the room, you can add blinds. You can try all sorts of quick fixes, but the issue remains.

A conservatory roof that lets all the light through does the same with the heat, or lack of it, amplifying the outside temperature. On a hot day, the conservatory becomes a virtual sauna, on a winter’s day it is only usable with the heating turned up to full blast.

It’s a good question and one for which we’re going to have to find a handy DeLorean and head back in time a few years.

Arriving in 2010, we return to a time when the only roofs you could have on a conservatory were glass and polycarbonate, no other type of roof had regulatory approval. If you wanted a conservatory you had a choice of two types of roof, neither of them suitable for the job (though the person selling you the conservatory might have negated to mention this).

Anyone buying a conservatory probably saw safety in numbers. If so many people have conservatories, they must be fine. What a great way to extend the house, all on a tight budget.

At the same time, we at Guardian Warm Roof have just completed the process of getting approval for our replacement roof. A solid, lightweight, tiled conservatory roof that would lessen extreme over-heating or cooling and make the rooms usable again. A real game changer.

By the end of 2010, regulations had been changed and these types of roofs were now permissible – although in reality only the Guardian Roof as the only roof of its kind to have full Local Area Building Control (LABC) approval.

The Guardian Warm Roof has this approval – and thousands of satisfied customers too – because it does what it was created to do, namely it makes conservatories usable. Off comes the old roof, on goes the new, as it is lightweight it fits straight on to the existing structure; typically the entire work, including removal of the old roof, adding the new, and the internal finish, takes just three days.

Over time, we hope to make the question of why conservatories are too hot or too cold an irrelevance. We hope that all those many hundreds of thousands of results are relegated to the archives. 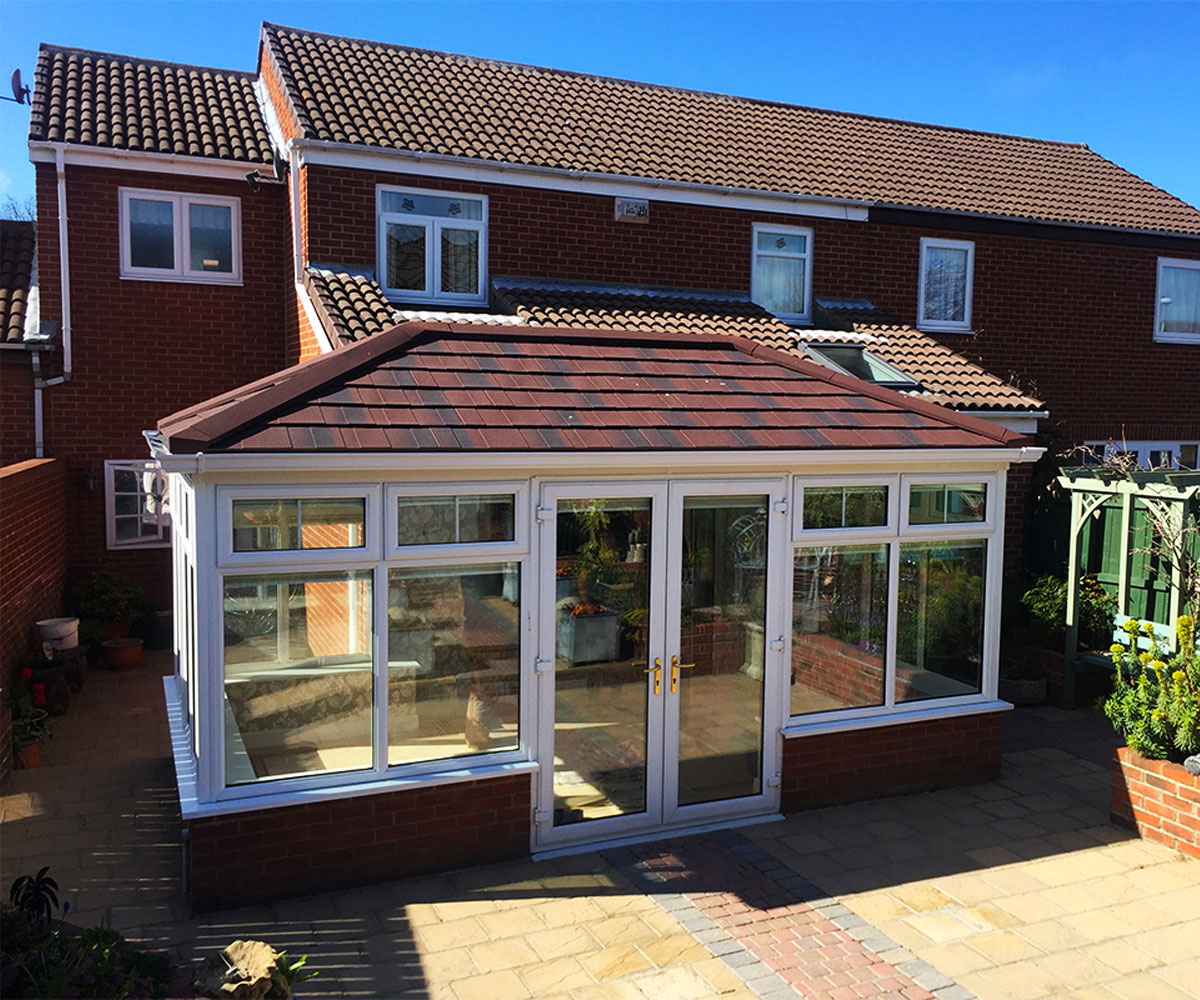 The truth is, a conservatory doesn’t have to be too hot or too cold, you just have to get the right roof for it.

On our website, there is a wealth of information about our roofs, please do take a look round. We would also like to point out a couple of other key benefits while you’re here.

The roofs look great. That isn’t just an idle claim, the roofs come in a range of styles and subtle colours which ensures there is a roof style and colour to match your property. This means that what was once a bolt-on becomes effectively a superb, sympathetic extension.

You can see examples of the roof finishes here.

Upgrading to a Guardian Warm Roof can also make financial sense. There are energy bill savings to be made every year, independent research finding them to come to around £200 per year for a typical property. Better still, if you ever look to sell the work often pays for itself and more besides. Any would-be buyer is getting a great extension rather than a flawed conservatory and this is work they are willing to pay for.

That’s enough about us though – if you want to know more about Guardian just have a look round the site.

Let’s jump back to the question we started with.

Why is your conservatory too hot in the summer and too cold in the winter?

It’s the roof. The roof is the problem but, remember. It doesn’t have to be…

or request a quote online